Automated resume screening promises to be one of the hottest recruiting trends in 2017.  Automated resume screening helps address one of the major challenges in recruiting: reviewing a large volume of resumes. In a recent report, Jobvite found that a typical job posting that attracts a high-volume of applicants received more than 250 resumes. On average, 65% of these resumes were not reviewed.

With advances in technology, automated resume screening is well on its way to reducing the need to manually screen resumes. Resume screening technology uses Artificial Intelligence (AI) to identify resumes with profiles similar to the profiles of previously successful candidates. Using its knowledgebase and ability to continue to ‘learn’, the technology automatically screens, ranks, and grades candidates.

So, how can you maximize your chances of making it past the first part of the screening process?  According to Big Interview, there are three steps to take to increase the odds your resume is favorably evaluated .First, eliminate the headers in your resume. Second, as much as possible, ensure your resume mirrors the actual wording contained in the job description.  Finally, ensure you use the right keywords throughout your resume.

By following these simple rules, you will increase your chances your resume will make it past the automated screening process and in the hands of a recruiter. 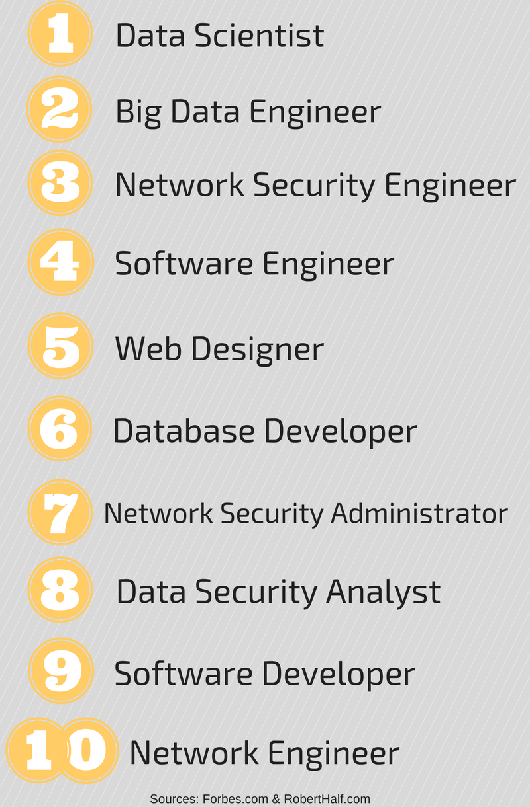 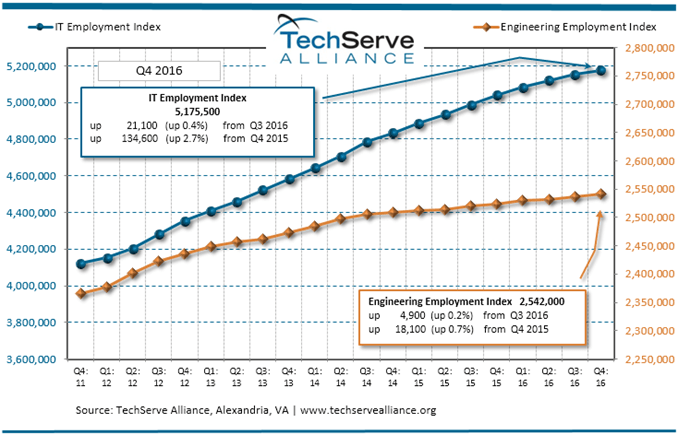 In Q4 2016, the number of IT jobs continued to grow at a consistent but modest pace, adding 21,100 (up 0.4%) for the quarter. Although engineering employment was positive, growth remained anemic increasing by 4,900 jobs (up 0.2 %) from the third quarter 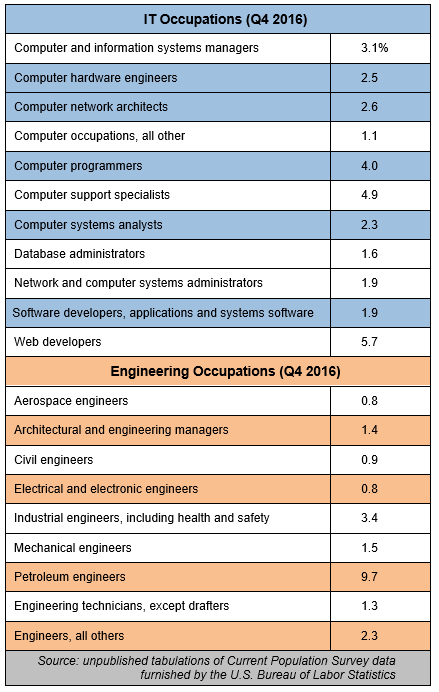